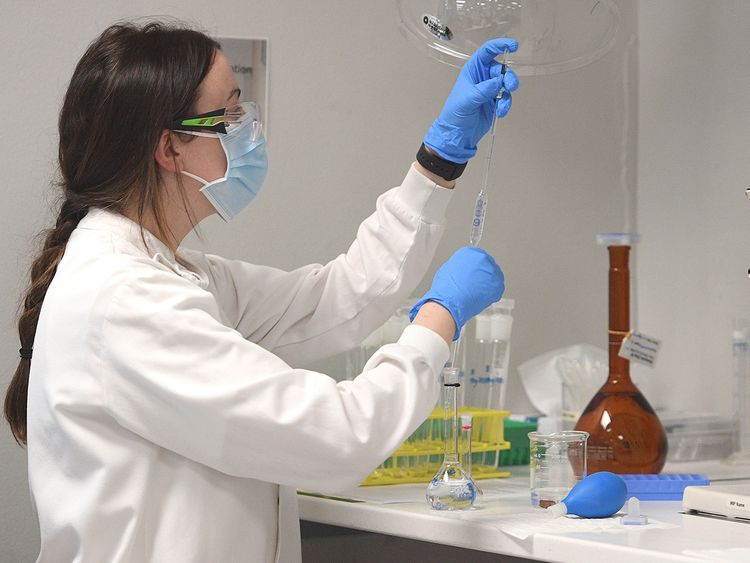 AFP, LONDON: The COVID-19 vaccine developed by the British drugs group AstraZeneca and the University of Oxford has achieved a “winning formula” for efficacy, the company’s chief executive said on Sunday.

The vaccine, which is currently being evaluated by Britain’s independent medicines regulator, provides “100 percent protection” against severe COVID disease requiring hospitalisation, Pascal Soriot said in an interview with the Sunday Times newspaper.

He added he believes trials will show his firm has achieved a vaccine efficacy equal to Pfizer-BioNTech at 95 percent and Moderna at 94.5 percent.

“We think we have figured out the winning formula and how to get efficacy that, after two doses, is up there with everybody else,” the chief executive said explaining data would be published at “some point”.

The UK government announced on December 23 that the developers of the Oxford AstraZeneca vaccine had submitted their data to the Medicines and Healthcare products Regulatory Agency (MHRA) for approval for a mass rollout.

The approval is expected to be granted on Monday, The Sunday Telegraph newspaper reported.

The Pfizer-BioNTech vaccine was the first coronavirus shot to be authorised for use by the UK’s independent medicines regulator and has been given to hundreds of thousands of the country’s most vulnerable people since its rollout last month.

The bulk of Britain’s vaccine requirements are expected to be met by the jab developed by AstraZeneca and the University of Oxford, as the government has ordered 100 million doses.

Earlier trials had shown varying outcomes in the AstraZeneca shot’s efficacy. The vaccine intially showed an average 70 percent effectiveness but that level jumped to 90 percent depending on dosage.

Soriot said he was “surprised” by the initial findings. “We would have preferred a simpler set of results,” he added.