Turmeric and Other Exotic Foods Reveal Contacts between Near East and South Asia 3,000 Years Ago – South Asia Time

Turmeric and Other Exotic Foods Reveal Contacts between Near East and South Asia 3,000 Years Ago 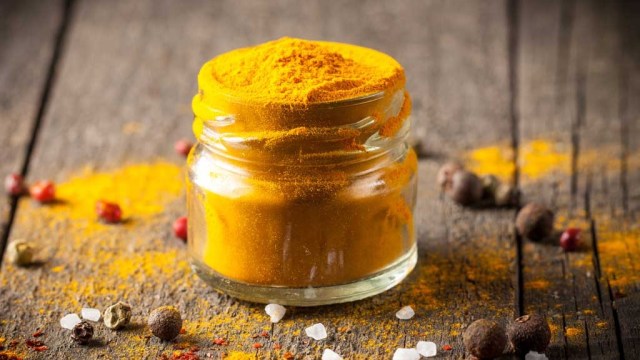 In new research, an international team of scientists examined the dental calculus of individuals who lived during the 2nd millennium BCE in the Southern Levant. Their results provide clear evidence for the consumption of expected staple foods, such as cereals, sesame, and dates, and unexpected turmeric, banana, and soybean. The discovery pushes back the earliest evidence of these exotic foods in the Mediterranean by centuries (turmeric) or even millennia (soybean).

“Exotic spices, fruits and oils from Asia had thus reached the Mediterranean several centuries, in some cases even millennia, earlier than had been previously thought,” said senior co-author Dr. Philipp Stockhammer, an archaeologist in the Institute for Pre- and Protohistoric Archaeology and Archaeology of the Roman Provinces at the Ludwig Maximilian University Munich and the Department of Archaeogenetics at the Max Planck Institute for the Science of Human History.

“It is the earliest direct evidence to date of turmeric, banana and soy outside of South and East Asia.”

“It is also direct evidence that as early as the 2nd millennium BCE there was already a flourishing long-distance trade in exotic fruits, spices and oils, which is believed to have connected South Asia and the Levant via Mesopotamia or Egypt.”

In the study, Dr. Stockhammer and colleagues analyzed microremains and proteins preserved in the dental calculus of 16 individuals from the Bronze Age site of Tel Megiddo and the Early Iron Age site of Tel Erani in present-day Israel.

They identified phytoliths — microscopic particles of silica that form in plant tissues — consistent with wheat, millet, and date palm.

“Our high-resolution study of ancient proteins and plant residues from human dental calculus is the first of its kind to study the cuisines of the ancient Near East,” said senior co-author Dr. Christina Warinner, a molecular archaeologist in the Department of Anthropology at Harvard University and the Department of Archaeogenetics at the Max Planck Institute for the Science of Human History.

“Interestingly, we find that allergy-associated proteins appear to be the most stable in human calculus, a finding we believe may be due to the known thermostability of many allergens,” said Dr. Ashley Scott, a biochemist in the Archaeological Research Department at the Israel Antiquities Authority.

“For instance, we were able to detect wheat via wheat gluten proteins,” Dr. Stockhammer said.

“In one individual’s dental calculus from Megiddo, turmeric and soy proteins were found, while in another individual from Tel Erani banana proteins were identified,” he added.

“All three foods are likely to have reached the Levant via South Asia.”

“Bananas were originally domesticated in Southeast Asia, where they had been used since the 5th millennium BCE, and they arrived in West Africa 4,000 years later, but little is known about their intervening trade or use.”

“Our analyses thus provide crucial information on the spread of the banana around the world.”

“No archaeological or written evidence had previously suggested such an early spread into the Mediterranean region, although the sudden appearance of banana in West Africa just a few centuries later has hinted that such a trade might have existed.”

“I find it spectacular that food was exchanged over long distances at such an early point in history.”

The findings were published in the Proceedings of the National Academy of Science. ( From : Sci-News )