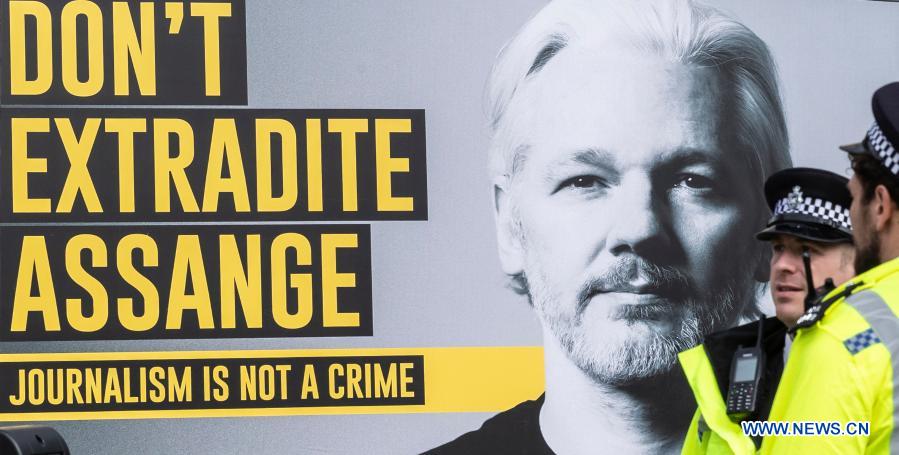 LONDON, Jan. 4 (Xinhua) — Wikileaks founder Julian Assange cannot be extradited to the United States “because of concerns over his mental health,” a court in London ruled Monday.

“The overall impression is of a depressed and sometimes despairing man fearful for his future,” District judge Vanessa Baraitser said at the Central Criminal Court of England and Wales in London, known as the Old Bailey.

Outlining evidence of Assange’s self-harm and suicidal thoughts, she added that she fears the United States will be incapable of preventing him from attempting to take his own life.

Assange, 49, who spent almost seven years holed up in the Ecuadorian embassy in London, faces an 18-count indictment from the U.S. authorities accusing him of recruiting hackers to steal military secrets.

His lawyers said he could face up to 175 years in jail if convicted in the United States.

Assange is currently in London’s Belmarsh Prison, where he was jailed for 50 weeks in May 2019 for breaching his bail conditions after going into hiding in the Ecuadorian embassy in London for almost seven years.

At the time he fled to the embassy, he had been facing extradition to Sweden on allegations of sexual assault which he denied. That case was later dropped.