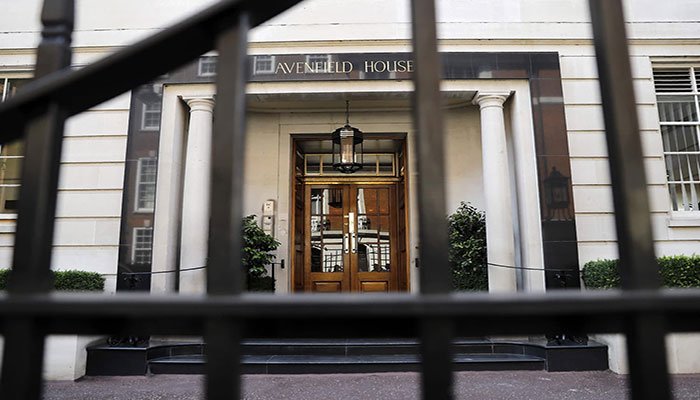 London —  The UK High Court of Justice has issued an order against the attachment of four Avenfield Apartments owned by the Sharif family in relation to the case Broadsheet vs Islamic Republic of Pakistan and the NAB.

In its application before the High Court here, the Broadsheet had prayed for attachment of the four apartments, arguing that since the confiscation of the Avenfield Apartments was ordered by Judge Muhammad Bashir of an accountability court in the Avenfield reference, the Government of Pakistan had interest in the properties and therefore the properties should be made part of the court proceedings and handed over to the Broadsheet if Pakistan failed to pay to the Broadcast in the region of $29 million, local media of Pakistan The News writes.

While the court upheld the claim of the assets recovery firm Broadsheet by freezing the Pakistan High Commission’s bank accounts after the Broadsheet won litigation against the Pakistani government and received nearly $29 million in judgment and costs, the High Court has ordered against the attachment of the Avenfield properties.

This correspondent has seen four court orders issued by the Business and Property Courts of High Court of Justice, under The Claimant (Broadsheet LLC) and the Defendants (Islamic Republic of Pakistan and National Accountability Bureau).

The Sharif family’s Avenfield flats in Mayfair were subjected to a claim by the Broadsheet LLC in October 2019 at the London High Court to enforce the payment of the outstanding $22 million owed to the firm by the government of Pakistan.

On December 30, the government of Pakistan made a payment of nearly $29 million under a London High Court order to the Broadsheet LLC.

Master Davison has written in the Orders that he considered the application of the claimant dated June 16, 2020 and “Ordered that the defendants’ interest in the asset described in the schedule below stand charged with payment of US$28,676,563.70 together with any further interest becoming due and the costs of the application (“the Interim Charging Order”) 4.”

In December 2019, the High Court appeal judge Sir Anthony Evans QC, as sole arbitrator, had issued an order for payment of $22 million to Broadsheet by the government of Pakistan but in July 2019 the Pakistan government appealed the arbitration unsuccessfully.

The arbitration court had found that Pakistan and NAB had wrongfully ended an agreement with Broadsheet for the recovery of assets. The arbitration court ruled that the company is entitled to damages and legal costs. The Broadsheet was hired by former president Pervez Musharraf in 1999 to find properties of Nawaz Sharif, Asif Ali Zardari, Benazir Bhutto and others. The contract ended in 2003.

Judge Mohammad Bashir of the accountability court in 2018 handed Nawaz Sharif 10 years as jail term for owning assets beyond known income and one year for not cooperating with the NAB. It was alleged that Nawaz Sharif’s family owned these flats worth around £8 million through ill-gotten means and the court also directed the authorities to confiscate the Avenfield assets. Nawaz was jailed in July 2018, till he was released on bail.

The “Third Party Debt Order” and “The Four Orders” confirmed that the addresses of the land requested to be charged were 16, 16a, 17 and 17a Avenfield House, Park Lane, London W1K 7AF – the titles to which are registered at HM Land Registry under Title No. NGL351184.”

The four flats have been converted into two flats and families of Hasan Nawaz and Hussain Nawaz live in these apartments. The former premier Nawaz Sharif is also living in the same flats.

The Broadsheet’s agent confirmed to this correspondent that it has withdrawn application against the Avenfield Apartments after the court found that the NAB/Pakistan-government violated the contract and were held directly responsible. The agent clarified that the government of Pakistan “did not pay voluntarily”.

The liquidation agent said: “The seized money is now under the control of the Isle of Man court escrow account, pending the completion of the liquidation process. Broadsheet does things according to the letter of the law”.

The agent said: “The NAB and the government of Pakistan were given ample opportunities. They didn’t pay, tried to run away under the guise of sovereign immunity but lost the case on all counts. The money had to be seized and debited. The court also found explicitly that the NAB sabotaged Broadsheets efforts to recover in collusion with corrupt elements who were the targets of Broadsheets investigations.”

Kaveh Mousawi, the former Oxford University academic specialising in human rights and anti corruption laws, said: “The government of Pakistan did not respect court orders. The international financial community rightly is taking note of this fact.” A Sharif family lawyer in London welcomed the order by the London High Court.

The lawyer said once the application was made for the possession of the flats by the Broadsheet, the High Court of Justice was informed that any claim would be defended if required and that the procedure being adopted was not right as the matter was between the Broadsheet and the Government of Pakistan and had nothing to do with the Sharif family. “We are glad the court made the judgment based on facts and vacated any proceedings against the Avenfield Apartments,” the lawyer commented.