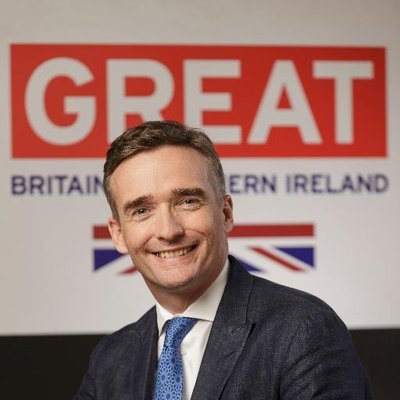 ANI, London: Alexander Ellis has been appointed as British High Commissioner to India in succession to Philip Barton and will resume the key role later this month, according to an official statement issued by the United Kingdom government.

Ellis started as Deputy National Security Adviser for the Integrated Review on diplomacy, development, and defence in January 2020. Prior to that, he was Director-General in the Department for Exiting the EU for three years.

Following the announcement, Ellis took to Twitter to share his excitement over coming to India after 35 years.

He further said, “Returning to the first country I lived in outside the UK, 35 years ago. Much to learn about what has and hasn’t changed. I’m hoping there are still Mango lassis.”

Sharing his plans during his tenure in India, Ellis said that he will support and celebrate the flow of talent between our two countries as the contribution of the Indian community to the UK is immense.

“@UKinIndia and @HCI_London building work on C19, climate change, defence and security and growth – to the benefit of both countries, and the world,” he said in another tweet.

He also said that he will be looking forward to seeing the England Cricket Tour and meet Indian Cricketer Virat Kohli.

“Delighted to be posted to a superpower. Looking forward to seeing @englandcricket tour and the incomparable @imVKohli,” he said.

In one of the tweets, he wrote in Hindi to share his commitment to the language. He said that he will take help whenever needed to understand the “difficult but beautiful language”.