A nine-year-old girl from  India has conquered Mount Kilimanjaro 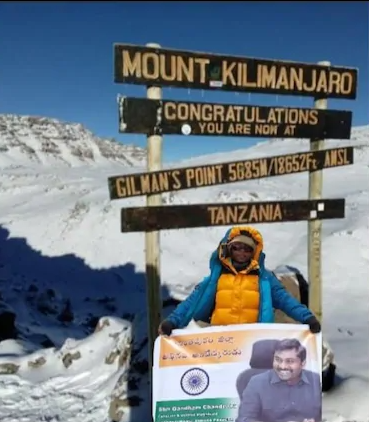 New Delhi —  A nine-year-old girl from  India has conquered Mount Kilimanjaro in Tanzania. Ritwika Sree from Andhra Pradesh became the world’s second youngest person to climb the mountain.
It is the African continent’s highest peak.

She has become  Asia’s youngest girl to scale the mountain,  India Today writes.

She achieved the record accompanied by her father, who is also her guide, it said.

Ritwika, also a student, climbed to Gilman’s point at 5,681 meters above sea level.