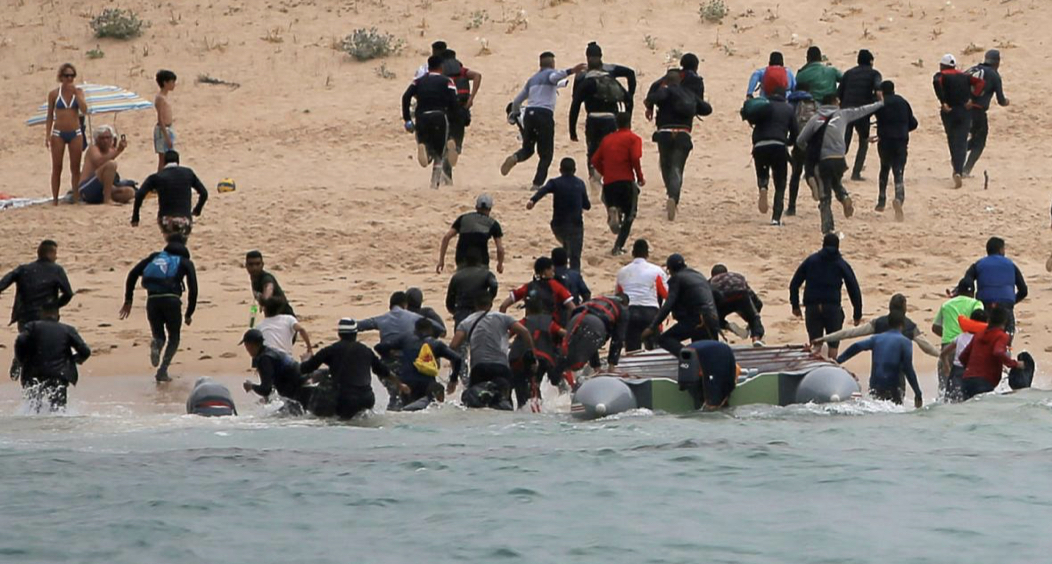 MADRID: Over 4,000 migrants died or disappeared trying to reach Spain by sea in 2021, twice as many as in the previous year, a migrant rights group said on Monday.

Migrant arrivals in Spain’s Canary Islands in the Atlantic have increased since late 2019 after increased patrols along Europe’s southern coast dramatically reduced crossings to the continent via the Mediterranean.

This route is fraught with dangers due to strong currents and the greater distances involved.

A total of 4,404 migrants perished or vanished in attempts to reach Spain last year, up from 2,170 in 2020, according to Spanish nongovernmental organization Caminando Fronteras, which tracks data from boats in distress.

That is the highest yearly number since the group started keeping records in 2015.

The bodies of the vast majority of migrants, 94 percent, were never found so they are counted as missing.

Over 90 percent of the deaths or disappearances last year, 4,016, took place during attempts to reach Spain’s Canary Islands.

The shortest route to the archipelago is more than 100 km from the Moroccan coast.

Migrant arrivals in Spain’s Canary Islands in the Atlantic have increased since late 2019 after increased patrols along Europe’s southern coast dramatically reduced crossings to the continent via the Mediterranean.

“There are painful figures,” Maria Gonzalez Rollan, one of the authors of the annual report, told a news conference.

Migration routes to Spain were becoming more “feminized,” with 628 women and 205 children among those who died or went missing last year while trying to reach the country, she added.

The figures from the NGO are much higher than those from the UN International Organization for Migration which has tallied 1,279 deaths or disappearances of migrants on their way to Spain from northern Africa last year.

At least 37,385 migrants arrived in Spain by sea last year, according to Spanish interior ministry figures, slightly less than the 38,014 that arrived in 2020.