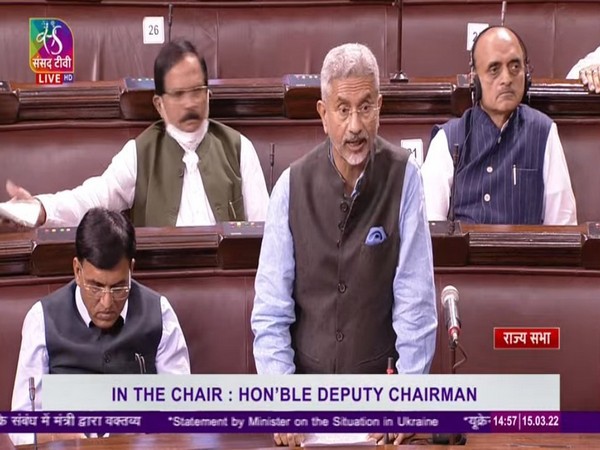 New Delhi  — External Affairs Minister S Jaishankar on Tuesday said 147 foreign nationals hailing from 18 countries were evacuated from the conflict situation in Ukraine as part of Operation Ganga and brought to India.
“In line with India’s principle of Vasudhaiva Kutumbakam, foreign nationals were
also evacuated from conflict zones and brought to India. They included 147
citizens of 18 countries. Many Ukrainian nationals that are family members
of Indian nationals have also been evacuated,” Jaishankar said in a statement in
the two Houses of Parliament on ‘Situation in Ukraine’.

He also said that as tensions increased, the Indian Embassy in Ukraine started a
registration drive for Indians in January 2022 and as a result, around
20,000 Indians registered.”Most Indian nationals were students pursuing medical
studies in Ukrainian universities dispersed throughout the country,” he said.
Jaishankar noted that more than half the students were in universities in
eastern Ukraine that borders Russia and has been the epicentre of the conflict so
far. “Students hail from 35 states/UTs of India with over 1,000 students each from
Kerala, UP, Haryana, Tamil Nadu, Gujarat, Maharashtra, Bihar and Rajasthan,” he
added.

Jaishankar highlighted the advisories issued to Indian citizens in Ukraine to
leave Ukraine in view of ongoing tension between Moscow and Kyiv.
“In view of the continued buildup of tensions in February, the Embassy issued an
advisory on February 15, advising Indians in Ukraine whose stay isn’t essential, to
leave the country temporarily. It also advised Indians not to travel to Ukraine or
undertake non-essential movements within Ukraine,” he said.
“Further advisories were also given on February 20 and 22. Air bubble instructions
then imposed were immediately lifted in consultation with the Ukrainian side to
increase the number of direct flights. Around 4,000 Indians departed
from Ukraine by direct/indirect flights till February 23,” he added.
He said despite the government efforts, a large majority of students elected to
continue staying in Ukraine.
“Despite our efforts, however, a large majority of students elected to continue
staying in Ukraine. We must understand their predicament in this regard. There
was a natural reluctance to leave educational institutions and affect their studies.
Some universities actively discouraged and showed reluctance to offer online
courses,” the minister said.
“Many of them received conflicting advice regarding safety. The challenges of

travel back may have also been a factor. In the period leading to February 24, the
political signals were confusing as well. Public urgings not to be taken in by
alarmism and reports of force withdrawals created a confusing picture. The net
result was that about 18000 Indian citizens were caught in the midst of conflict
when it began,” he said. (ANI)