Nepali Ambassador to UK Acharya presents his credentials to the Queen 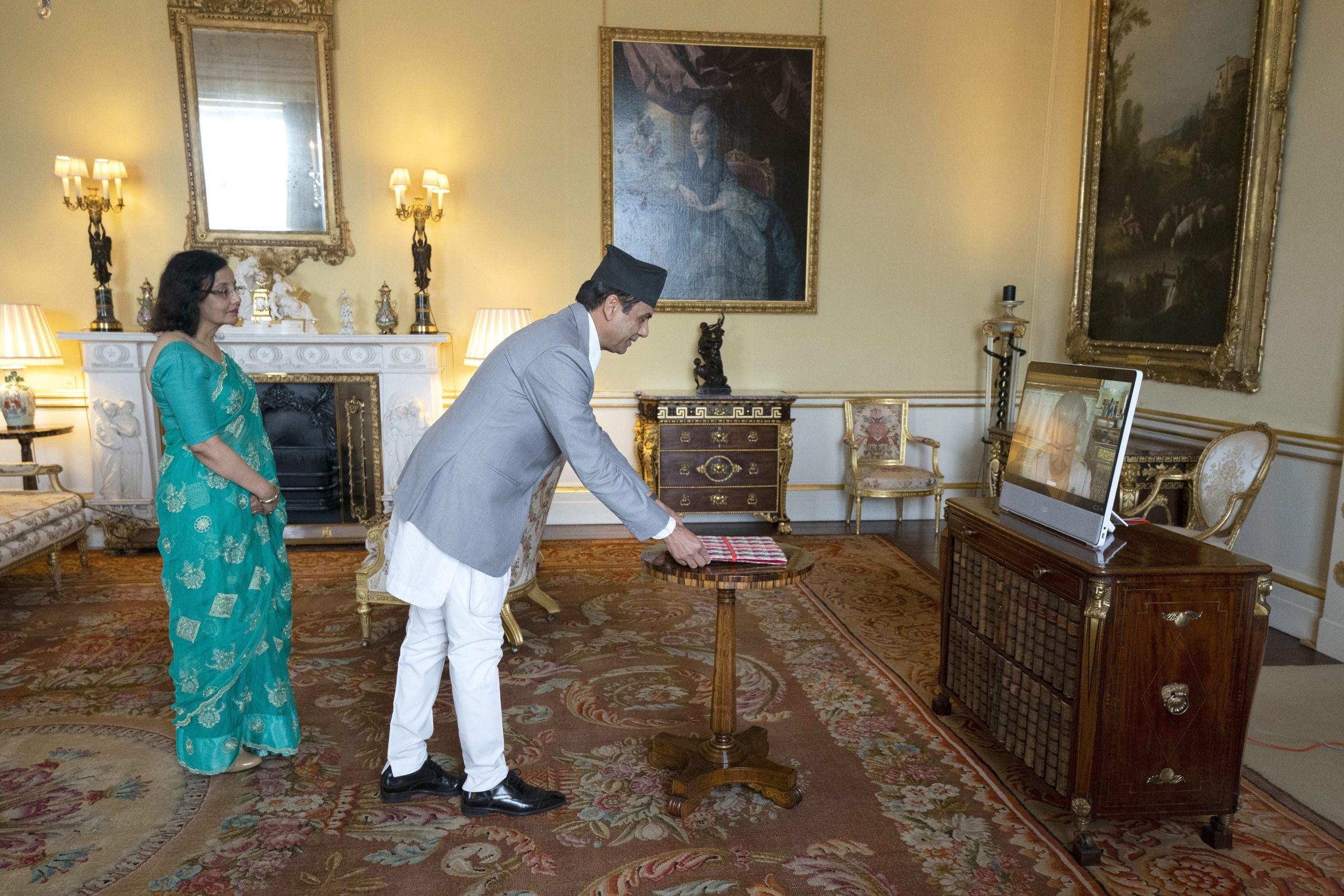 London — Ambassador of Nepal to the United Kingdom Gyan Chandra Acharya has presented  his Letters of Credence to Her Majesty the Queen Elizabeth II today amidst a special ceremony held at Buckingham Palace in London.

During the audience, Ambassador Gyan Chandra Acharya conveyed the warm greetings and best wishes from the President Bidya Devi Bhandari,  and the Prime Minister of Nepal Sher Bahadur Deuba, to Her Majesty the Queen for her personal health and happiness as well as for the continued progress and prosperity of the people of the United Kingdom.

Her Majesty stated that the United Kingdom and Nepal had friendly and mutually rewarding relations. She recalled her two historic state visits to Nepal.

Envoy Acharya expressing happiness over the friendship between Nepal and the United Kingdom spanning over two centuries, thanked the Government of the United Kingdom for its continuous support for socio-economic development and UK’s recent support forfighting against Covid-19 pandemic. He also expressed his commitment to further strengthening and expanding bilateral relationship between the two countries. Acharya also congratulated the queen  on the occasion of the platinum jubilee of her accession to the throne.

The credential ceremony was held through video link from Buckingham Palace to Windsor, where The Queen has been residing. During the ceremony, His Excellency Acharya was accompanied by his spouse. He is the 22nd Ambassador of Nepal to the United Kingdom after the establishment of Nepal’s legation in London in 1934.