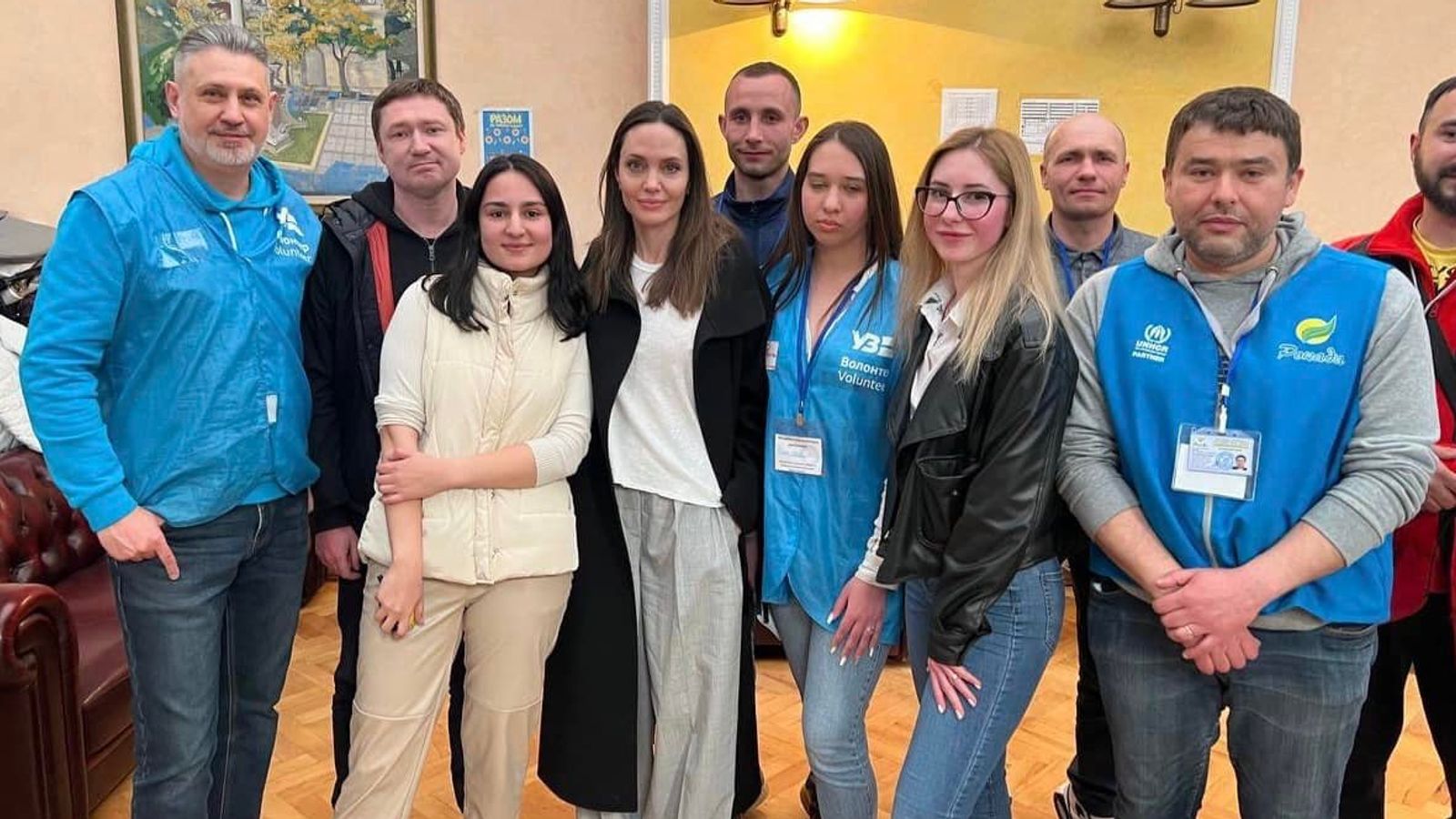 Skynews: Angelina Jolie has visited the city of Lviv in western Ukraine amid Russia’s ongoing attack on the country.

Footage posted on social media showed the Hollywood star, who is a special envoy for the United Nations, in a cafe in the war-torn country.

The area’s regional governor said Jolie, who was visiting in a personal capacity, had come to speak with displaced Ukrainians who had found refuge in the city.

During her trip, she spoke to children undergoing treatment for injuries sustained in the Russian missile strike on the Kramatorsk railway station.

The star also visited a school, where she met students and posed for selfies with them.

In March, Jolie travelled to Rome and visited a hospital near Vatican City caring for children who have fled the conflict between Ukraine and Russia.

She sat and spoke to young patients, some of whom have cancer, and met with doctors and nurses who provide care at the hospital.

Lviv had been largely unscathed by the war but recorded its first civilian deaths in mid-April after Russian strikes.

It is the hub through which tens of thousands of people have fled to neighbouring Poland after withstanding weeks of strikes in cities such as Kyiv, Kharkiv and Mariupol.

Oscar-winner Jolie was a goodwill ambassador at the UN’s refugee agency from 2001 to 2012 before being appointed a special envoy.

According to the UN, the 46-year-old’s work focuses on “major crises that result in mass population displacements” and she has helped “contribute to the vital process of finding solutions for people forced to flee their homes”.