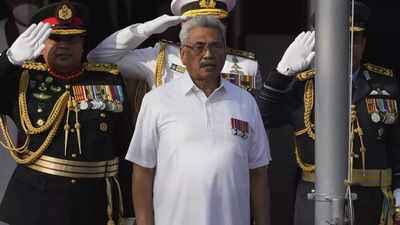 Sri Lanka: President Gotabaya Rajapaksa vowed to finish the remaining two years of his term despite months-long street protests calling for his ouster, but won’t stand for re-election as he focuses on fixing a financial mess that tipped Sri Lanka into its worst-ever economic crisis. “I can’t go as a failed president,” Rajapaksa said Monday in a wide-ranging interview at his official residence in Colombo, his first with a foreign media organization since the crisis unfolded. “I have been given a mandate for five years. I will not contest again.”

The defiance comes in the face of slogans of “Gota Go Home”, with protesters blaming Rajapaksa and his family for decisions that led to severe shortages of everything from fuel to medicine, stoking inflation to 40% and forcing a historic debt default. (Bloomberg)