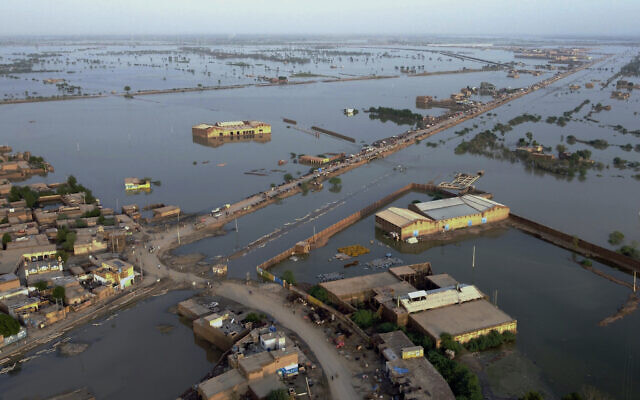 GENEVA — The aftermath of Pakistan’s devastating floods is continuing to impact over 33 million people, including Afghan refugees, a United Nations (UN) official said on Tuesday.

Indrika Ratwatte, director of the Regional Bureau for Asia and the Pacific at the United Nations (UN) Refugee Agency (UNHCR), told a press briefing here that Pakistan had been hosting millions of Afghan refugees for decades and the international community ought to ramp up its support for Pakistan without delay.

He said that the UNHCR had already completed four airlifts to Pakistan, with at least six more scheduled in the coming days.

Official figures released on Tuesday show that the death toll in Pakistan from this season’s monsoon rains and floods that started in mid-June has risen to 1,325 with 12,703 injuries.

Tarik Jasarevic, spokesperson for the World Health Organization (WHO), told journalists on Tuesday that over 1,460 health facilities in Pakistan had been affected by the floods, of which 432 were fully damaged and 1,028 partially damaged.

The stocks of emergency medicines, supplies and minor surgical items for dealing with trauma patients were limited, he said, adding that there was an urgent need to scale up disease surveillance, restore the damaged health facilities, ensure sufficient medicine and health product supplies, and provide mental health and psychosocial support to the affected communities.