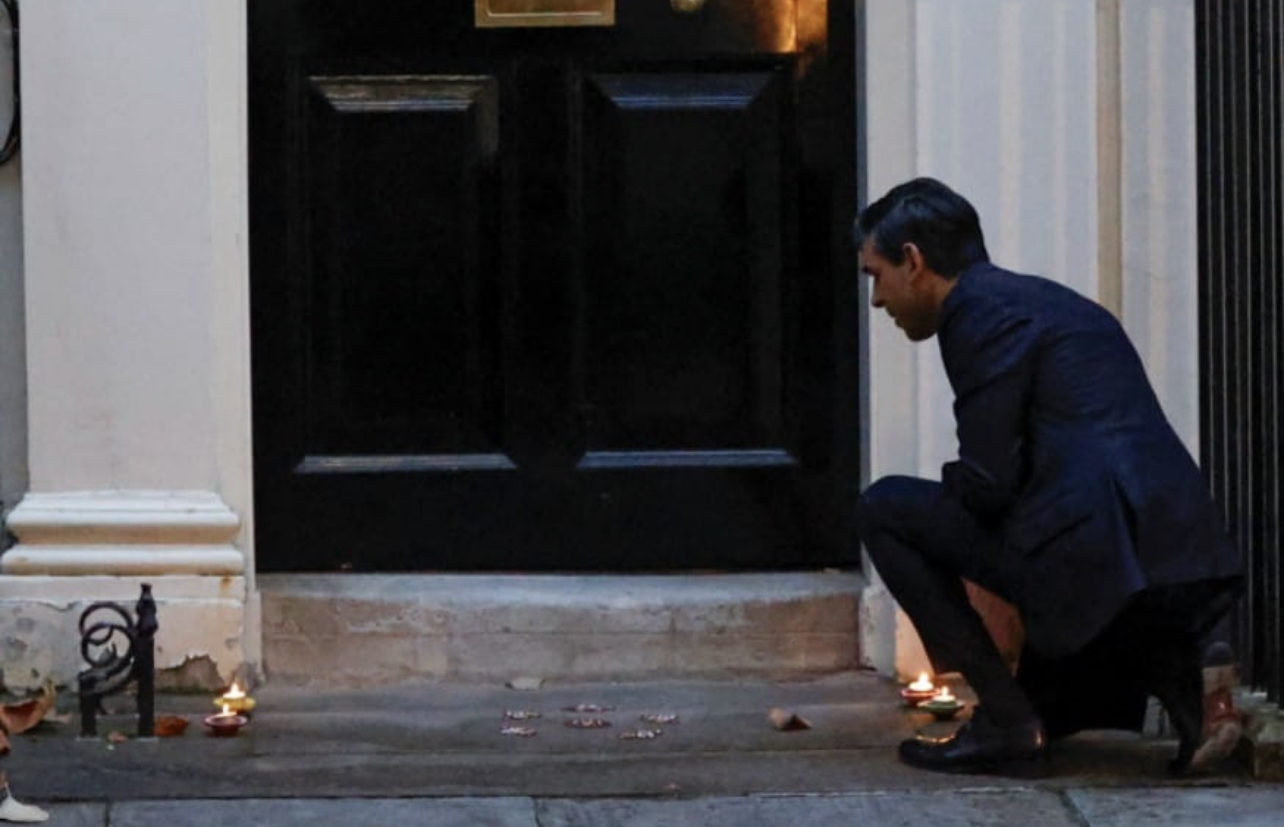 London —  Britain’s Conservative Party leader Rishi Sunak becomes the first British Asian-origin Prime Minister of the United Kingdom.
Former UK Chancellor of the Exchequer Rishi Sunak on Monday became the Conservative Party leader, less than two months after he lost to Liz Truss in the Tory leadership race.Sunak’s change in fate was triggered by the resignation of Truss after her high-profile sacking and resignation in her cabinet, following a heavily criticised mini-budget that left the UK pound tumbling.After she was forced to step down just 45 days into office, Truss became the shortest-serving British PM. Standing before 10 Downing Street, Truss said that she recognizes she “cannot deliver the mandate” on which she was elected.Truss’ ascent to power was paved by the Tory leadership crisis following Boris Johnson’s resignation in July, after a series of resignations of cabinet members, who protested against his scandal-plagued leadership.

Within weeks, Sunak and Truss rose to the Conservative ranks to end up as finalists for the contest for the post of UK Prime Minister. Liz Truss was later appointed as the new Prime Minister of the United Kingdom in September, which lasted less than 45 days.

After Truss resigned on Thursday, Rishi Sunak and former Prime Minister Boris Johnson were seen as frontrunners for the UK PM bid.But Boris Johnson ruled himself out of the Conservative party leadership race despite claiming he had the required support. The former UK PM said he had come to the conclusion “this would simply not be the right thing to do” as “you can’t govern effectively unless you have a united party in Parliament.”Sunak is born in Southampton to parents of Indian descent who migrated to Britain from East Africa.An Oxford, and Stanford University alumnae, Sunak is famously married to Akshata Murty, the daughter of NR Narayana Murthy, the billionaire businessman who founded Infosys.

Earlier in April, reports of Akshata’s non-domicile status and alleged tax evasion had created a furrow. Rishi Sunak claimed that she has been paying all taxes.Her spokesperson said that Akshata Murthy “has always and will continue to pay UK taxes on all her UK income”. (ANI)