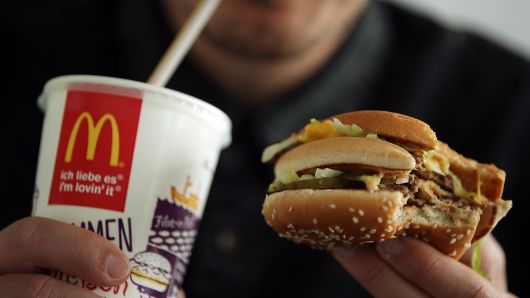 McDonald’s has lost its trademark for its Big Mac burger in the European Union.

According to multiple reports in the British press, the EU Intellectual Property Office ruled Tuesday that the fast food giant was not using the trademark in accordance with EU law. The ruling takes effect immediately.

McDonald’s said that it intends to appeal the decision and is confident it will be overturned.

“We are disappointed in the EUIPO’s decision and believe this decision did not take into account the substantial evidence submitted by McDonald’s proving use of our BIG MAC mark throughout Europe,” a McDonald’s spokesperson said in a statement.

An Irish restaurant chain called Supermac’s brought the case before the regulator two years ago. It accused McDonald’s of “trademark bullying.” McDonald’s had been using its trademark on Big Mac to stop the company from trademarking its own name in the EU, which would help it expand beyond Ireland and Northern Ireland.

The Chicago-based company had argued that Supermac’s was too close in name to the trademarked burger and would confuse the public. Both fast food restaurants sell burgers and fries.