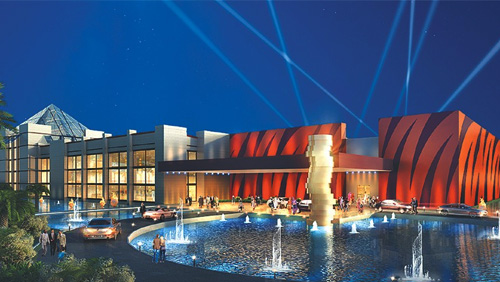 The Tiger Palace Resort in Nepal has been a thorn in Silver Heritage’s paw since it opened. Revenues have not been able to reach the levels everyone expected, accounting irregularities have caused a black eye and improper construction on land that belonged to a local temple was seen as a major faux pas. As Silver Heritage began to consider an expansion of the project, it also began to receive offers to remove the thorn, with several companies indicating a desire to purchase the property. The idea is tempting and Silver Heritage has previously received bids of up to $33 million, but a new offer is now on the table, calvinAyre reports.

A new suitor, identified as Indra Bahadur Thapa, wants Tiger Palace. He also wants Silver Heritage’s gaming operations at the Millionaire’s Club and Casino located in Kathmandu. While the other offers would have given as much as $33 million for Tiger Palace, Thapa is willing to spend $33.9 million for all of Tiger Palace’s operations in Nepal.

A filing with the Australian Securities Exchange from yesterday indicates that the figure is based on an equity value of $20-million with another $13.9 million lending facility between Silver Heritage subsidiary Tiger One Pvt Ltd and banks in Nepal. That lending facility would be assumed by the buyer. Silver Heritage might be seriously considering the offer. It has approved a 90-day exclusivity period for Thapa, which would take effect as soon as he puts up $3 million in escrow.

That exclusivity was approved by Silver Heritage’s board “after careful analysis” and after the company said this past May that there was “material uncertainty” that it might be able to continue the Nepalese operations. The board members “considered the terms of the offer, including the absence of a superior offer, and in conjunction with the material uncertainty related to events or conditions that may cast significant doubt on the company’s ability to continue as a going concern…”

The timing of the agreement couldn’t be better for Silver Heritage. It reported its first-half financials yesterday and things aren’t looking healthy. Its cash flow was slightly more than $3.86 million for the period, and its cash and cash equivalents amount to almost $4.26 million.